Let’s REBLOG for our American Friends  who are Celebrating THEIR Thanksgiving…you know late.  At least us Canadians will be ready for the next Turkey coma that is up in just a few more wks for Christmas. We don’t know how you people do it. You are true turkey troopers!

As you may or may not know, this weekend is the second one in October.  To Canadians this is Thanksgiving weekend, when we stuff a dead bird (preferably Turkey- magpies are harder to catch), stuff our face with pie, and yes, boil up that corn, and stuff.

We also talk about what we’re thankful for. There’s no Black-Jack Friday, but there might be football, yes CANADIAN football (and we have bigger…. err fields, ya ken? And we go down one less, because we get it done sooner…) And WOOHOO!!! Finally us Canadians get to do something before the US does… we can do up a We’re Verra Thankful post (small steps, baby…)

So what has been our biggest Thank your Starz-Gods moments so far?

Let’s ask the Alberta Heughliots what they say, eh?

10. They are actually filming this puppy in Scotland!  Really, it’s breathtaking.  And it’s become it’s own character.  And we want to go there reallllll bad…

We will settle for Nova Scotia right now, but that’s not going to last much longer! 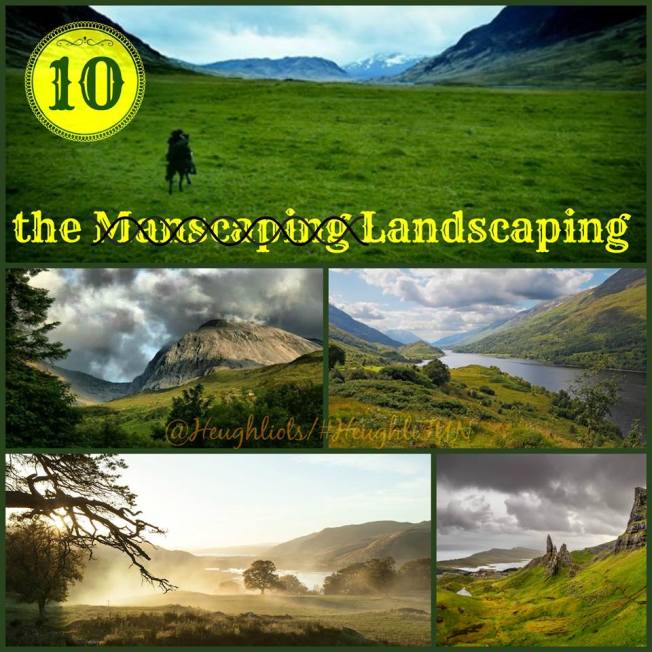 9. Diana’s and Ron’s cameos on episode 4. It was a case of  ‘Wheres Waldo’ for Ron, but Diana played her part with snappy grace! 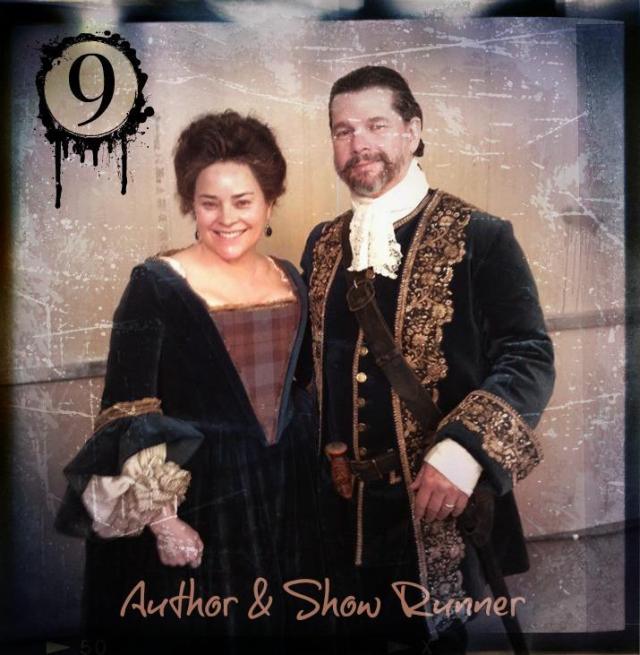 May I present: Iona MacTavish and Sir Ron Where’sWaldo….

8.Corn  jokes….. that is all.  Graham MacTavish is never going to live this down…… 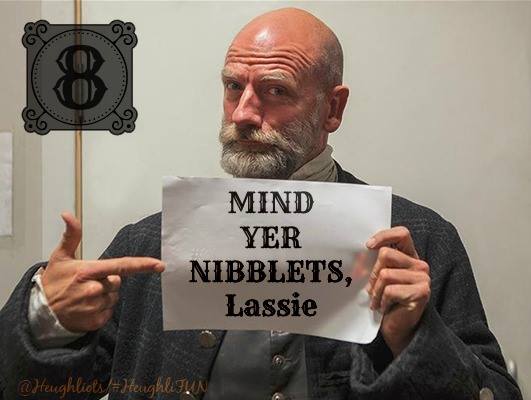 7. Tobias Menzies has made us like Frank!  Never in a million years did we think this day would ever come (except Karen, she knew) -to most of us- he was always just kind of there – ya know what I mean?  And we thought we hated BJR –  we ALL loath him now!  (And Tobias is a crack up on twitter – luvs ya!)

6. The Terrific Trio – Ron, Maril, and Terry.  We curtsy to your greatness. What you all have created, let no man divide – or something like that.

5. Tag-team comic relief – and they’re not Just For Laughs – what shall we call them? Rungus? Angpert?  Sounds like something you’d get at Shoppers Drug Mart for that itch… in that place you’d rather not talk about…from that person you’d never repeat their name.

4. Cast and Crew Twitterplay.  If Sam’s accidental faux pas birthday greeting to Cait and the ensuing day of mirth as the rest of them jumped on board didn’t convince you to join twitter, there’s no talking to ya.  Plus this is a great  way to get the lowdown on on all the Outlander-ville gossip and goodies.

3. Caitrona is stunning as Claire.  Nice round bum and all…GirlCrushes abound all over the Heughliots group.

Cause we’re into equal opportunities here…

2. Sam IS Jamie!!  No ifs, ands,or ummm butts about it…….. He’s the total package, including his voice….. it’s like butter, with Canadian back bacon wrapped around it….. Mmmmmmmmmmmmmmmm.

Better now? Yeah, I need another shock back too.

Which leads us to the number one Outlandish thing we are Thankful for this year – that One Fine Arse.  It was delivered to Canadian screens just last weekend.  In case you forgot, we found you a reminder… You’re welcome. Could we have shown you complete unblocked version of this fine arse? Well of course we could have. However, we know that your imagination is in full bloom right now and you are trying to move Claire’s hand from the screen and you are trying to look past her nightie. We call this an “interactive” picture. 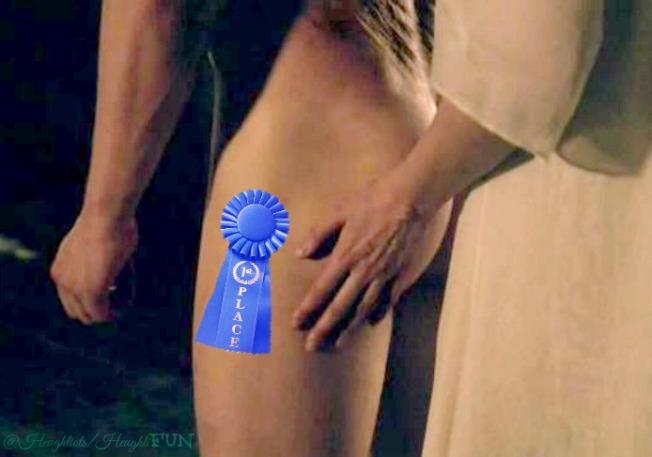 And because we had a hard enough time getting this list down to just ten, we also have an honourable mention:

Your participation is appreciated.

and with general mirth and pic building by SL – Heughliot @large