Who would have thought our droughtlander would have kept on going and grown the way it has? It like a baby…a baby that you don’t have to change its diaper…no wait. That isn’t accurate either.

Christmas is the time of year when magic comes to the forefront. Since we are thinking of magical things and likely still pining for Outlanders return I thought I would put the two together and use my imagination.

Let’s dust off the imagination, shall we?

As we are concentrating on gifts for our loved ones – what would our beloved Outlander characters get for one another if they lived in the here and now. See? Magic imagination time! 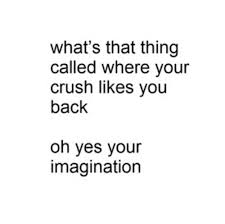 Nope, none of this can happen. Nope, I am under no false beliefs it could. Nope, it is not meant to offend anyone and YES…we still take ourselves as seriously as silly putty.

Let’s grab our favourite characters – throw them into 2015 – and see the goodies we matched them up with.

We are going to start with a thoughtful gift from Claire to Colum. From the first times she laid eyes on the man…she thought….EWWWWW…oh wait, that was me.  The first time she saw him she knew his disease, Toulouse-Lautrec Syndrome . She also knew if he was kept comfy he might not be so grumpy or kidnappyish. Leg Warmers in earth tones are exactly what the doctor ordered from etsy.

Being the generous type, Mrs. Fitz only wants her job to be easier.  She knows that Claire will be thrilled to have her hair relaxed. 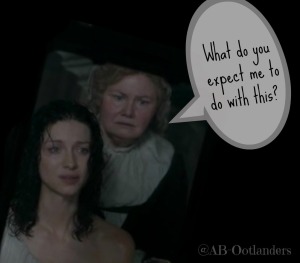 That “crazy just crawled outta bed hair” she is always sporting adds at least 20 minutes onto every morning having to brush it out. Relax it once and BOOM! More time to make her knit bits.

Wouldn’t you know that Angus & Rupert decide to go in together for a gift.  They buy Claire some spanish port…they know how much she loves a nip or twenty during the holidays…ummm…everydays.

They should have gotten her something that they didn’t like so much though.  By time it got to her – it didn’t.

“They were full an hour ago!”

The buggers drank it ALL! At least she was left with some bottles to refill. You know Claire, if she was around now…Reduce, ReUse,ReCycle.  it would be her jam.

Black Jack plays secret Santa with Jamie and well…it’s a good thing it’s a secret. He might lose his english teeth down his english throat.

Since essential oils are all the rage now a days, Blackest of Jacks gives Jamie some Lavender Massage Oil. Right? Rude.

After Jamie gets over his gift from Master Jackintheback, he concentrates on a gift for Claire.

He stumbled onto something that made a WHOLE lotta sense in HIS mind. You know, Claire never stays put. Claire never listens when she is told to stay put. Claire has a habit of wandering off.  Why WOULDN’T he think a leash was a good idea?  He did.

He could even get it in pink for her.

Needless to say, Claire wasn’t impressed with his gift, even if she did understand the sentiment behind it…she DID get herself into heaps of trouble.

Stones, Soldiers and Witches OH MY!

Claire thought to herself, what would Jamie like or need?  He’d probably like her naked on a bare skin rug…what he needed was a DIY First Aid Kit.  The guy was always breaking fingers, getting mauled by bears or fighting…everyone, anyone.

That should cover MOST of it

We can’t forget poor ole Frank Randall now can we?  This guy needs a little help so the Reverend tries to take his mind off his sorrows.  His gift is straight from the heart. One years subscription to E-Harmony. 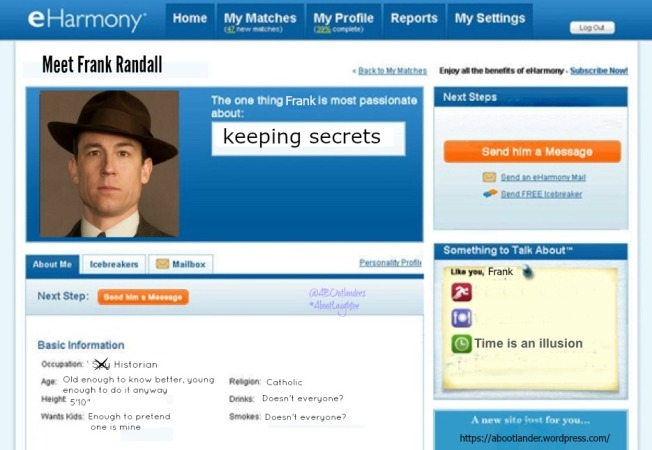 Not to be forgotten Frank crossed the strings of time to reach out to another child from the guy who is the father of his daughter.  Hmmmmm, this is really starting to sound like an episode of Maury Povich. Annnnnyway, he wants to prepare William and gives him a gift to…you know…mess with him. 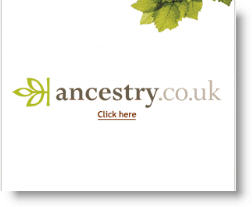 We have gone further than the TV show…you know we have read ALL the books…LOTS of times so we are taking a peek at Roger & Jamie – being partners in love crimes.  Sounds way more depraved than I intended…but I’m keeping it cuz it made me giggle.

These guys love women from the same family…they know what they like.  It just seems natural that they give them that, no?!

Yes…it’s the ole dick in a box gift…it does keep on giving ya know!

I can hear the fandome now…Half are saying “I want that TOO!” the other are saying I’m disgusting.  In my mind…you are both right and I thank you.

I could go on all day but I have to get to MY Christmas celebrations. I wish you all a blessed time with those you love the most.

The AB-Ootlanders leave you with a little funsies, created by Renee Rozniatoski.  It’s our Secret Santa gift exchange!

Who does it say you will buy for and who will you be blessed with? Share what you think you will be giving to each other.

Nollaig Chridheil agus Bliadhna Mhath Ùr! May you be safe, happy, and healthy this holiday season.

2 thoughts on “It’s a Droughtlander Christmas”